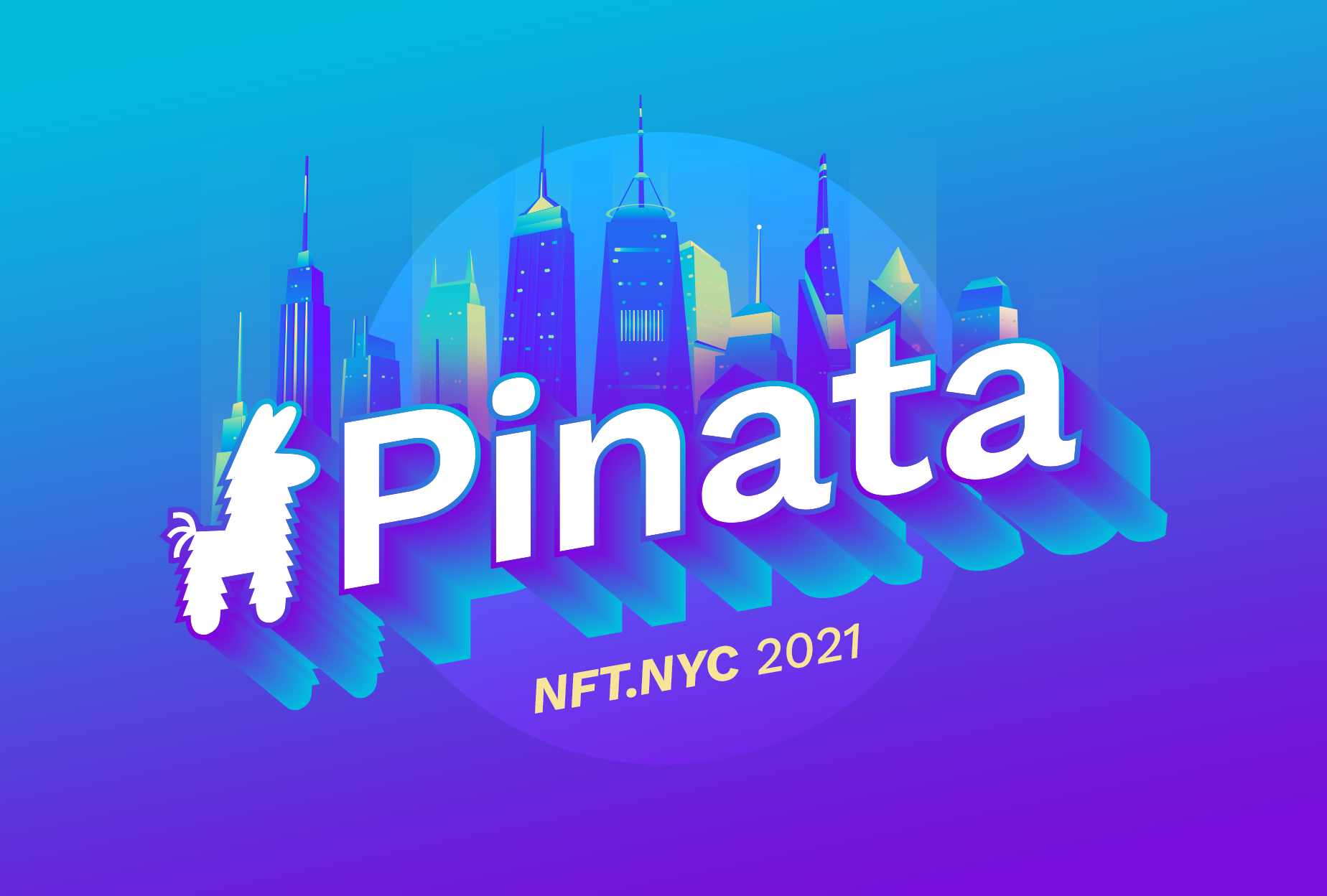 Last week, NFT.NYC, the largest NFT conference, held its 2021 event in New York City. With over 5,000 attendees and 500+ speakers, it’s safe to say that the event had an outstanding turnout. Our team at Pinata was thrilled to sponsor and attend the event as well, giving some of our team members the opportunity to meet creatives, builders, and other brands in person that are making the NFT world what it is today. If you weren’t able to attend, don’t worry-- we’ve got you covered with some of the most relevant highlights and insights from our team.

On Monday, the team landed in New York City and began setting up for the event. The conference held a VIP dinner for sponsors and VIP ticket holders attending that week. The energy was just beginning to build as people descended from all over the country for the first post-pandemic NFT.NYC conference. The last conference back in 2019, had only 416 attendees. We were thrilled to see that Kyle Tut, our CEO and co-founder of Pinata, made his first debut in Times Square!

The conference was spread across multiple locations near Times Square in Manhattan, including the Edison Ballroom, Palladium, Terminal 5 and more. Pinata was lucky to snag prime real estate for our demo table at the Palladium. This gave our team the opportunity to meet hundreds of attendees that were making their way around the venues. Many of those who came by the table were existing customers that we’ve never met in person before, and there were many fresh faces who are completely new to the NFT space. We were also thrilled to connect with the Mintgate team and ICP.

The evening was capped off with the Shoyu event, which gave a sneak peek into SushiSwap’s newest metaverse project.

On Wednesday, Kyle gave a fun talk on “Why NFTs Shouldn’t Last Forever and Other Twitter Memes Debunked”. More to come on that, but for now you can wrestle with that idea. ;)

At the booth, we shared a fun demo with guests of a game we made unlockable through the use of Pinata’s latest feature, Submarining. We borrowed the game from Daniel Marino and swapped in our logo, Pinnie, for an exclusive gift to all attendees. It is a lot like the classic Super Mario game from back in the day, and  was such a hit. The coolest part was making this possible for attendees only through the NFT Swag bag, the conference provided. Thanks to Justin Hunter, our brilliant Head of Product here, this was all possible and you can learn how he did it here.

If you didn’t make it to NFT.NYC, you can still play the game Pinata shared with attendees here. [Warning: it is super addicting.]

Throughout the conference, the Pinata team continued meeting and chatting with so many people in the NFT space. Some of our team member’s most memorable moments were meeting Dr. Sian Proctor, Emily Weil at Getsplice, David Lee at Binance, Matthew Shapiro of imnotart.com, and so many more!

There were also a few big names that appeared at NFT.NYC 2021, including award-winning film director, Quentin Tarantino and the well-known entrepreneur, Gary Vee. The conference was closed out by Jordee Rich, the founder and CEO of NFT.NYC. There were many goodbyes, some tears (jk), and one phrase often repeated: ‘See you next year.’

The next event we’ll be at is just a few weeks away… we’re looking forward to NFT BZL and DCentral in Miami, November 30-December 1st! If you haven’t bought your tickets yet, do it now!